My Article on Mulat Pinoy

“The object of education is to prepare the young to educate themselves throughout their lives.”– Robert M. Hutchins

“Ludicrous!” – I’m sure reactions are filled with sentiments like this, punctuated by an exclamation point. But is it? Knives and scissors are lethal, but we don’t keep kids away from them forever. We teach youngsters about them, and tell them at what age they’re allowed to use those objects. What’s the difference, then, between teaching them about sex?

We know about sex. The sad thing about it is, we’ve demonized it and married it with the concepts of promiscuity, orgies, sexually transmitted infections, sadism and masochism, and other things that obscure what we should really think of it. Some people think that if we teach sex at a certain age in one’s childhood, they’d end up partaking of all the aforementioned negative things. Yes, sex is expressed in different ways, but what we need to remind ourselves of is that sex is an expression of love. We share it because we want to and because we know that we want to.

As an adult who knows better, I see sex everywhere now. Media is more liberated than ever about sex. There’s really nothing we can do about it. Instead, our efforts should be about making sure that parents know how to guide their children by having ‘the talk,’ and making sure schools help out in reinforcing the right lessons. They do have biological topics in primary level science, right?

Why is it important to teach sex responsibly? It’s because kids put their trust in their parents and their schools. We should capitalize on that. If we don’t want them to lack confidence about their own bodies and let other people have their way with them, then we should teach them about protecting their rights to their own body. Isn’t it better that they learn about sex from you than from random strangers, or from popular media?

Statistics in the Philippines now show that more than 25%of the newly diagnosed cases of HIV belong to the 15-24 age bracket. If they test reactive to an HIV antibody test, one should ask: when did they start participating in sex? When did they start to become curious? The answers to these questions will indicate the age at which you can fully engage them and make a positive impact. Preparation and prevention are better than any cure. As there currently isn’t a cure for HIV infection, prevention is the only viable solution.

Curiosity is defined as the desire to know. Nowhere does it say that knowing will inevitably lead to promiscuity. It is innate for humans to be curious, and much more so for kids since all they want is to experience the world around them. Equipping them with the right information and confidence about themselves would be the best protection you could give them. It doesn’t take much to satiate curiosity; it’s just a matter of addressing the question mark with an educated period with good intent.

I guess it's pretty obvious that I've been busy so here's my lazy attempt to have something posted here on my blog. Sorry guys! 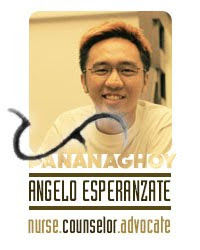